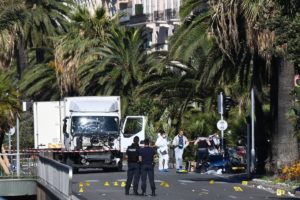 It is clear from the ongoing attacks around the world that Isis has expanded its reach well beyond its tarnished and beleaguered caliphate in Iraq and Syria. Lone wolf terrorists abound and the demons have been loosed time and again throughout the world. Read more on this in a recent article that I coauthored with IPI resident scholar Dr. Merrill Matthews that appeared in Investor’s Business Daily.