Can We All Agree? 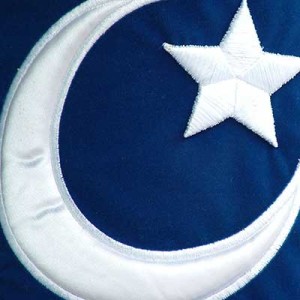 Let us for just a few moments remove the seemingly surgically attached rose-colored lenses of political correctness and address a real concern for America. Can we agree there is a problem in the world today called radical Islamic extremism? Can we also agree that admitting the problem exists does not in and of itself relegate a thinking, compassionate person to suffering from Islamophobia, or worse yet, rabidly casting malicious glances or baleful stares at anyone who happens to be Muslim, wearing clothing and practicing faith different from our own?

The number of Muslims in the world today greatly exceeds one and a half billion. According to the Pew Research Center, Islam is currently and for the foreseeable future the fastest growing religious demographic. Muslim populations are growing. The majority of Muslims are not extremists, seeking to wipe out the world. They do not adhere to the more aggressive and violent core tenets of historical Islam. In fact, most live “normal” lives, caring for their families and working hard to get by. They submit to Allah, living peaceful, loving lives within their communities. Most have not been inculcated in the Madrasas. It has been speculated that the percentage of the world’s Muslims considered to be supportive of radical Islamic extremists agendas and violent tactics, is small, perhaps ten percent.  It’s a small percentage, yet a significantly large number of people who are potentially capable of wielding the sword.

Islamic extremists from the Sunni, Shia and Wahhabi sects spew venom and hatred toward fellow Muslims, Western civilization, Christians, Jews, and especially Israel and America. Some have avowed to destroy Israel and America, going so far as proclaiming them Little Satan and Big Satan. The clerical hierarchy governing Iran is proceeding earnestly in its quest to amass enough effective weaponry to carry out the threat (In spite of the farcical nuclear “treaty” the U.S. trumpets so proudly). There are people who claim Islam guides them who want to hurt America and the rest of the Western world, plus any non-Muslims, and even Muslims themselves, if they do not subscribe to their particular brand of radicalization. It is a fact that our nation, our leaders and the world need to recognize, proclaim for what it is, and sincerely deal with on many levels.

One does not currently see a lot of Christians terrorizing people and committing violent atrocities around the world in the name of religion, although Christianity certainly possesses its own share of shameful history, with plenty of persecution and abominations committed upon innocents in the name of the church. Christianity finally experienced a major reformation spurred on by the likes of Luther, Calvin and Zwingli, realizing the true pure Biblical message of God’s love had been polluted by the corrupt state of the church.

It is time that the majority of the world’s Muslims, who proclaim themselves to be peaceful, speak out with a loud, clear, united voice against their own – the small but growing percentage of radical Islamic extremists who seek to build Caliphates and destroy their brethren and the rest of the world in the process. Where are the outraged majority voices of peace? Do they exist? The world needs to hear them!