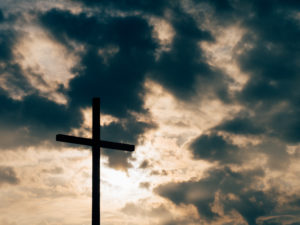 Long before “diversity” became a political lance and a boardroom buzzword, or before there became the need for diversity officers and diversity policies in corporate HR departments, the world had The Chief Diversity Officer.

He took the floor of the world some 2000 years ago, and spread the ultimate message of diversity to all mankind during His tenure on earth. He spread an open-armed invitation equally to all, regardless of race, creed, color, national origin, lifestyle, food eaten, and social or economic status.

He made a special point to spend His time with the social outcasts and the downtrodden of the world. He defined inclusion. He lived “diversity,” offering His message of love and redemption to all, including criminals, prostitutes, crooked tax collectors and any people living in the dark shadows for whatever reason. He engaged rich, poor, kings and slaves. It did not matter. He would break bread with everyone and be seen with anyone! His message was consistent to all. In Him there is life. In Him there is love.

Jesus Christ shows us The Way – no matter who we are, where we’re from, or whatever our past life has been. In Him any man or woman anywhere can have new life. Now that’s inclusion and diversity at its best!