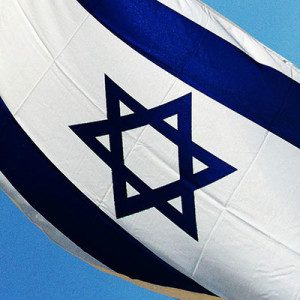 If you take any interest in Biblical end-times prophecy, as I do, one cannot help but look at what is taking place in the Middle East today, and marvel at the chess pieces moving about on the board. Now let me say that I am no wild-eyed prophet of doom living in a bunker in the desert. I make no claim of divine knowledge, only that I am convinced it is all in God’s hands and events unfold in His time. I just think that now, more than ever since World War II, the world is in a very perilous position – sitting on a powder keg with a short fuse way too close to the flame. Let’s look at a few of today’s scenarios.

Israel: In Israel there is more unrest than ever. Palestinian Arabs, primarily Sunni Muslims, randomly and more frequently viciously attack Israeli citizens in public. Israeli reaction to these Palestinian terror acts is harsh and retribution is immediately dealt. PLO claims Palestinians are merely defending themselves against their Israeli occupiers. Israel claims Palestinians instigate unrest and needless killings. Israel says they have tried everything possible to make peace with the Palestinians, but that the Palestinians in truth do not want peace. This is not their ultimate agenda. The destruction of Israel is. Israel is merely protecting its citizens. This tit for tat mentality cannot end well. There is talk again in Israel of an official split of East and West Jerusalem. There is much increased conflict over the ancient Temple Mount, in Jerusalem – currently controlled by the Palestinian Muslims. The Israeli Jews want to worship there again freely, as it is a very special holy site to them. The Muslims, who have the Al Aqsa Mosque atop the Temple Mount, say no way.

America’s current administration has kicked Israel to the curb as an ally. There is clearly no love lost between America’s Barack Obama and Israel’s Benjamin Netanyahu. The overt level of political animosity between the U.S. and Israel is unprecedented.

Syria: Probably the greatest single potboiler mess in the Middle East today lies in Syria. Civil war has murdered over 200,000 of its citizens and displaced millions. Bashar al-Asad’s Alawite regime is hell-bent on maintaining its grip on the country. Now Russia, Syria’s friend and business partner, has jumped in to fill the void that America’s departure from the Middle East left. Vladimir Putin has put troops and machines on the ground in Syria, proudly building bases to support an on-going presence. Russian hegemony grows once again. Has the “Bear” from the north moved in to stay? By the way, the “Bear” does not seem to be paying much attention to the biggest problem, Isis. Isis continues to metastasize and spread its cancer over a broader swath of the Middle East.

Iran: Iran recently conducted a test of a new long-range missile, one suited to carrying a deadly military payload a great distance. This comes, of course, right on the heels of the U.S. crowing loudly over its successful negotiation of a nuclear arms treaty with Iran. No one in his or her right mind believes Iran has any intention of honoring any agreement with the West that hinders its ultimate objectives, which include a strategically developed Shia coalition of Iran, Iraq, and Syria. America gave away the farm in the treaty, resupplying and reinforcing Iran with billions in cash, which they have promptly turned around and spent on Russian armaments and in commerce with everyone but the U.S. What’s wrong with this picture?

What will happen when Sunni Isis and Shia Iran decide they cannot coexist?